On this week’s show, we honor Louis Zamperini, who passed away on July 2, 2014, at the age of 97. On Christmas Day, the movie Unbroken was released. It is the story of his amazing life. Back in February, 2011, Paul Akers and Jon Lussier had the opportunity to interview Mr. Zamperini on The American Innovator radio show. This week we replay that interview.
Listen to Part One (starts at 7:27): 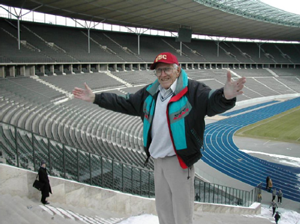