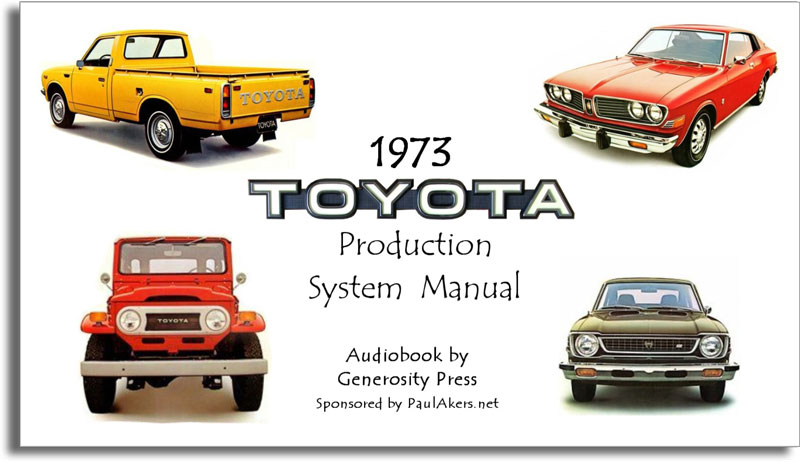 This is part of the LEAN Classics Collection… a series of monumental business books recognized as part of the vital foundation for continuous improvement. This is achieved by the elimination of waste along with improvement in quality, efficiency, safety, and creativity… creating the greatest productivity and value for businesses, workers, and ultimately the customers.

LEAN Production traces its origin as far back as Benjamin Franklin through documented examples in Poor Richard’s Almanack. Henry Ford cited Franklin as a major influence on his own business practices, which included Just-in-time manufacturing. It then traveled the globe and was further improved upon by many, especially in Japan. This AudioBook is an example of that. Individuals like Kiichiro Toyoda (founder of the Toyota Motor Corporation), and Taiichi Ohno (Author of this classic manual), exemplified the continuous pursuit toward mastery of LEAN production.

This simple manual is a shining example of LEAN management and productivity as exemplified in TPS (The Toyota Production System). The concepts from this groundbreaking manual helped put Toyota on the international map by building a new and improved reputation for efficiency, quality, and integrity. These concepts can be applied to nearly all forms of business, production, and management.