If you follow this blog, you know what a fan we are of Filipe Marques, of Torre. Well check out his very first Lean improvement. He just happened to be showing Greg Glebe, of Xylem Design, another big fan of ours. 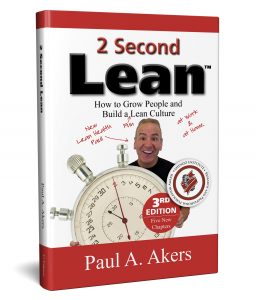 Did you know that 2 Second Lean is now available in 12 languages? Check it out. 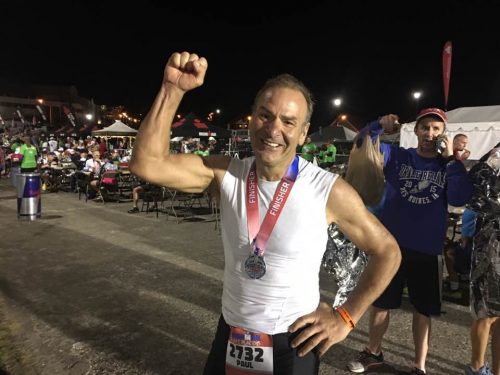 In Kevin Meyers post, he said “…Almost two years ago I was talking to him [Paul] and he told me how he, in his 50s, was finally getting into great physical shape. He had lost fifty pounds by focusing on diet and exercise and creating accountability by telling his story on social media. Last year he published Lean Health, which goes into more detail why he made this change and how he leveraged several lean principles to help with it.

We’re almost the same age, and his story really resonated with me. After talking with him I went home and made my first green super smoothie and committed to the journey. A year later I had lost over 30 pounds and continue to be in the best shape I’ve been in since I was on the swim team in high school many decades ago. I’ve run a full marathon and do crossfit (actually, “surf fit“) pretty much every day. Ron at Gemba Academy has achieved similar results, and we’ve created a wellness program at the company that encourages and rewards healthy behaviors and choices.

Paul Akers has been discussing “fasting” for Dr. Tony Hampton, author of Fix Your Diet, Fix Your Diabetes. For more information on this book, visit this link.

Paul Akers discusses the importance of respecting the company and the customers at FastCap.

Want to find a Lean maniac near you? The Lean Hub allows you to to do this!

For more information on the Lean Hub, go to this link.